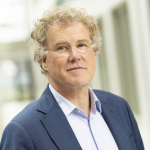 To evaluate the effect of an investigational drug in ALS clinical trials, […]
Läs mer